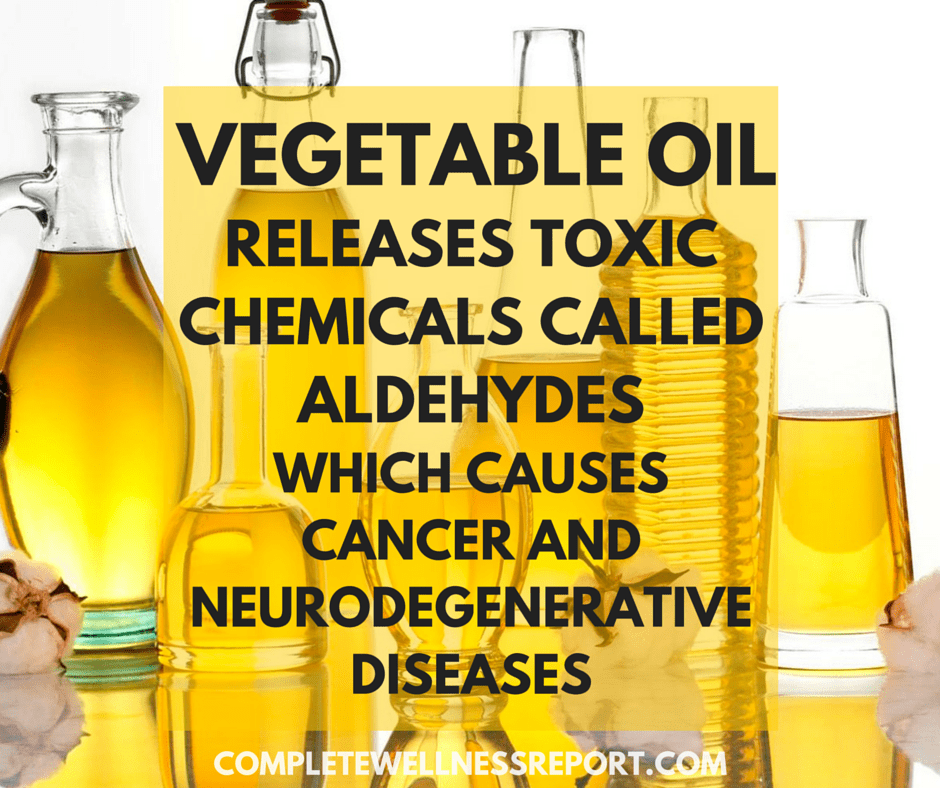 Scientists have warned consumers numerous times about the dangers of cooking with vegetable oils, which are the oils extracted from the seeds of corn, sunflower, peanut, canola, soybeans, and safflowers. Vegetable oils are now considered dangerous to your health, according to a new report. However, it seems most people prefer them due to their lower prices, lower saturated fat, and perceived health benefits. After all, what could be wrong with vegetable oil? Aren’t vegetables good for you?

Butter, coconut oil, olive oil and lard are the best oils for cooking, according to well-known scientists. Cooking with vegetable oil has been linked to cancer, brain damage, and other severe health problems. Research conducted by NHS Choices involving approximately 8,000 participants with people above the age of 65 proved that those who consume olive oil in their diets had lower risks of developing stroke up to 41 percentage when compared to people who never had olive oil in their diet.

Although, some of these new findings contradicts the NHS report saying that cooking with butter and lard is bad. NHS also informed that vegetable oil is linked to an increase in cancer, heart diseases, high blood pressure, and mental health according to Independent Online.

How Vegetable Oil Effects Your Body

When you heat sunflower, corn, and soybeans oils – usually known as vegetable oils, they release toxic chemicals called aldehydes, which are the main causes of different types of cancers and neurogenerative diseases like Alzheimer’s disease.

A professor of bioanalytical chemistry and chemical pathology at DeMontfort University, Martin Grootveld, said that if a meal is fried in vegetable oil, it contained 100 to 200 times more toxic aldehydes than the normal daily limit recommended by the World Health Organization (WHO).

Watch and learn more on these very very cheap oils derived from seeds of GMO corn, soy, safflower, rapeseed (canola) and safflower producers. This will definitely help you better understand the cooking oil dilemma in the Western society.

Reader – Which oil do you usually use when cooking? After reading this, which oil will you use now?

Next Read: Reasons Why Sugar Is Seriously Endangering Your Health