On June 19th, Dr. Bradstreet in Georgia was found with a gunshot wound to his chest in a river. The small town locals ruled the death almost immediately as a suicide, but many have their doubts.

Over the last four months, it is very unfortunate to report that 13 very respectful holistic doctors are now dead. What is causing this trend? Could these devastating numbers be real, or is there some sort of mastermind behind this string of holistic doctor deaths? 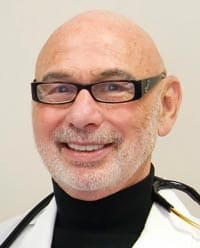 Dr. J.E. Block MD, PhD, FACP (aka “Doc Block”), married father of eight children and listed in the top 10 best Holistic doctors for the city of Tulsa on Yelp.com, allegedly jumped from the 20th floor of his Central Park West Apartment around 9:30 a.m. on Thursday, October 29th, 2015.

Some are claiming he previously committed medical fraud, however if the allegations were true, Dr. Block would have already lost his license. Even if this is true, would that be daunting enough to commit suicide?

From all the comments following his death, it’s easy to conclude that Dr. Block was truly a wonderful doctor that was not only a great family man of eight children, he was also highly respected by countless patients and fellow doctors across the nation.

Born in Philadelphia, PA he attended medical school in New Jersey with post graduate work at USC and UCLA. He is double board certified in Internal and Urgent Care Medicine, and is a Fellow of the American College of Physicians. He taught full time at UCLA and the University of Missouri before entering private practice in a small Kansas town. Prior to entering private practice, he was the chief of staff for two decades. During his time in Tulsa he has also taught at Oklahoma State University College of Osteopathic Medicine. He is a published author, and has been a popular newspaper columnist and radio commentator. Married and the father of eight with 15 grandchildren, He currently practices full time in Tulsa Oklahoma and recently completed his Ph.D. in Integrative Medicine.

Our hearts go out to Dr. Block’s friends and family and the many colleagues who had the pleasure of working with. May we keep his legacy alive and stop this horrible string of deaths.

For those who want info on the other holistic doctors who have suddenly died (NOT counting accidents) the recap can be found here and includes a video.

Reader – What are your thoughts on the 13 holistic doctors now dead?