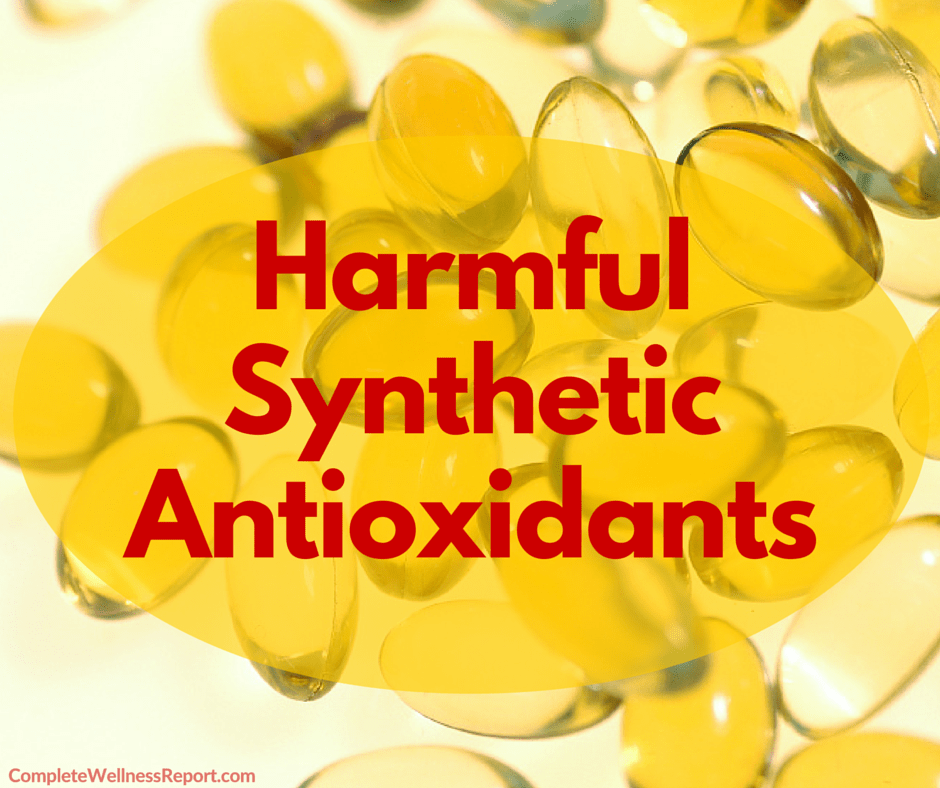 The History of Taking Antioxidants

Since the early 1990’s,”antioxidants” have become a buzzword for many companies that promote health and anti-aging supplements. However, why is there so much hype? Antioxidants have become the forefront of health because they neutralize the damaging effects of free radicals.

Free radicals destructively cause a condition known as oxidative damage, which is similar to “rust” on a piece of iron left outside in the weather. Free radicals damage proteins, fat, and even our DNA. In fact, cellular damage by free radicals is thought to underlie the process of aging, a theory first described by Dr. Denham Harmon in his “free radical theory of aging” introduced in 1956. Dr. Harmon laid the groundwork for the whole antioxidant industry when he demonstrated that free radicals are “quenched” by antioxidants.

As more and more companies exploit the word “antioxidant,” consumers have developed a mindset of needing to consume all the antioxidants possible, no matter if it’s natural or synthetic. In a pathetic marketing ploy to saturate our food supply, some companies blindly add synthetic antioxidants into our foods, something every consumer should know. 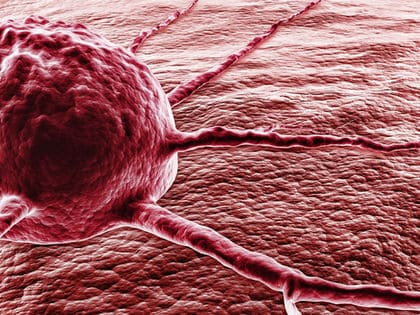 A provocative new study published in the journal Nature raises important questions about antioxidant supplementation while battling cancer. Researchers at the University of Texas Southwestern Medical Center found that antioxidants can turbo-charge the spreading process of cancer cells.

Researcher Sean Morrison and his colleagues conducted experiments on mice that were transplanted with skin cancer cells (melanoma) from human patients. They gave nothing to one group. To the other group, they gave doses of N-acetylcysteine (NAC) which is a universal antioxidant that is used in nutritional and bodybuilding supplements and has been used as a treatment for patients with HIV/AIDS and in some children with certain genetic disorders.

The results were alarming: The group that was consistently given NAC had considerably higher levels of cancer cells in their blood grew more tumors, and the tumors were larger and more widespread.

“What we’re starting to learn is that there can be bad cells from cancer that appear to benefit more from antioxidants than normal cells,” Morrison said in an interview.

A similar study conducted at Vanderbilt University and published in PLoS One in 2012 involving mice with prostate cancer also showed that antioxidants appeared to increase the proliferation of cells in pre-cancerous lesions. Another study in rodents with lung cancer published in Science Translational Medicine in 2014 found that standard doses of vitamin E and smaller doses of acetylcysteine (NAC) appeared to lead to a three-fold increase in the number of tumors and caused them to be more aggressive. As a result, the mice given antioxidants died twice as fast than the ones in the controlled group. The reaction appeared to be dose dependent with larger doses leading to a more severe reaction.

Morrison says more studies need to be conducted to determine the verdict, and cancer patients should continue to eat a healthy diet rich in antioxidants. Although based on this research, if you have cancer, it may be better to avoid supplementing your diet with synthetic forms of antioxidants and stick with a healthy diet packed with natural antioxidants and foods that can activate NRF2.

If supplementing the diet with external antioxidants could have a negative impact on our health, then what is the best way to better our health through antioxidants to prevent chronic diseases like cancer, heart disease, Alzheimer’s, etc.?

Let’s use our brains for an example. The brain contains about 10 billion cells, and each cell generates thousands of harmful free radicals daily. Conventional antioxidants we consume work on a one to one ratio – one antioxidant eliminates one free radical. To make a significant impact, how many vitamin E capsules or glasses of exotic juice would someone need to consume to combat the onslaught of free radicals generated by the body on a daily basis? An unreachable amount. 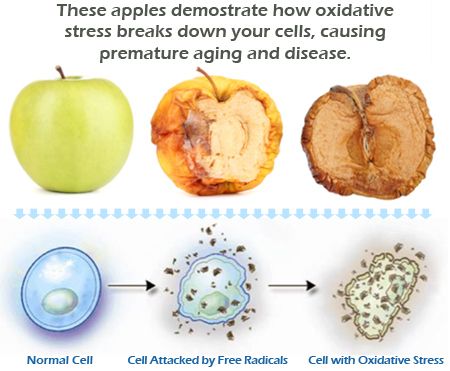 Thankfully, our bodies are equipped with protective enzymes that can deal with the free radical fire whether we feel it or not. Even though our cells have an innate ability to generate antioxidant enzymes, as our body ages, our cells can become damaged, and the number of free radicals can become greater than the amount of neutralizing enzymes produced by the body. This imbalance can damage our cells and cause a condition known as oxidative stress, and we all have it.

In efforts to “wake up” our cells, Dr. Perlmutter states that specific signals received by our DNA can turn on the production of protective antioxidants and that this innate antioxidant system is far more powerful than any nutritional supplement claiming to be “the best antioxidant” on the market. Whether it’s the juice of an exotic berry or an extract from a plant recently discovered in the jungle, antioxidant supplements are limited by “one to one chemistry.”

The key to enhancing antioxidant protection lies in our DNA, and we now understand how to activate the master switch, known as NRF2.

We all have proteins called NRF2 which is known to be the “master regulator of our survival genes” within white blood cells. When activated, the NRF2 protein sends a signal to the nucleus of the cell instructing the cell to produce the appropriate amount of antioxidant enzymes that the body needs actually to reduce free radical damage, thus reducing net oxidative stress. 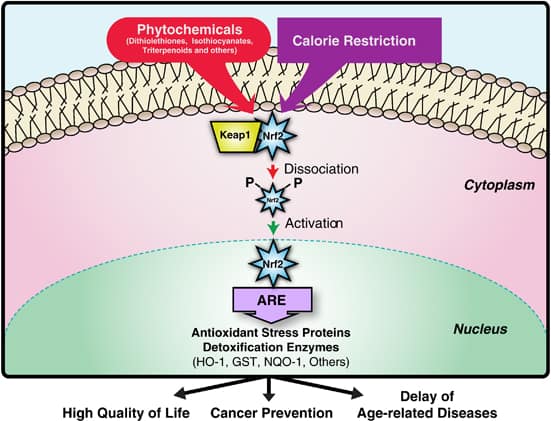 Particular foods have been found to be powerful activators of the NRF2 pathway. Although these foods are not necessarily rich in antioxidants, they have the ability to communicate with the NRF2 protein, triggering our innate ability to produce vast antioxidant protection by signaling our DNA.

Some of nature’s most powerful food NRF2 activators include broccoli, curcumin, green tea extract, coffee, cinnamon, and the now resveratrol, a chemical found in red wine. In regards to red wine, be mindful that after two glasses, the sugar in the wine could trigger inflammation in the body, which means the side-effects may outweigh the NRF2 benefits.

A natural NRF2 activator is now known to activate 13 times better than broccoli alone.  It activates the NRF2 pathway within our cells, instructing them to do what they’re already designed to do: up-regulate “survival genes,” genes that enable cells to survive in the face of stress from free radicals and other pro-oxidants, and down-regulate other genes to help the body function at an optimal level.

Instead of loading your body with direct antioxidants, activate the internal antioxidant enzymes naturally activated by our DNA. Peer-reviewed science has show that the precise composition of the five ingredients has a synergistic effect far greater than taking the elements individually.

Reader – Do you believe our bodies are connected with nature? Will you start activating your internal antioxidants, instead of potentially damaging your body with external antioxidant supplements?

Next Read: HELLO: Meet Glutathione – The “Mother of All Antioxidants”

(H/T) Antioxidants may give a boost to cancer cells, making them spread faster, study suggests

(H/T) Free Radicals: How They Speed the Aging Process