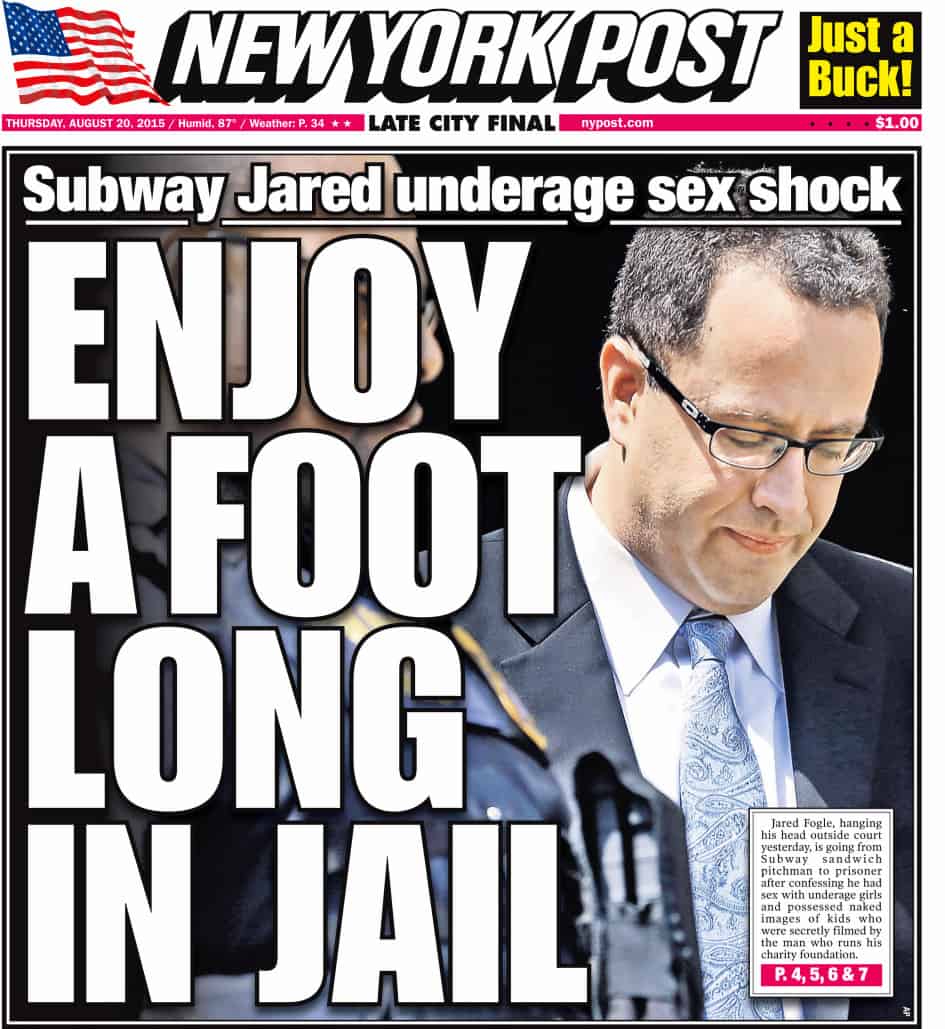 Yesterday, November 19th, Fogle pled guilty to child pornography and the verdict was decided, sentencing Fogle to 15 years in federal prison. Even when he is released from prison in 2029 at the age of 51, he will be on lifetime supervised release. “Jared” will not be having anymore Subway in his lifetime.

His attorney had a psychiatrist try and blame his actions on the Subway diet, saying his 245-pound weight loss caused “mild pedophilia.”

“Once he lost weight, it seemed as though in a short time he had hyper-sexuality,” forensic psychiatrist John Bradford testified for the defense at Fogle’s sentencing Thursday morning in Indianapolis.

How Will This Affect Subway?

Being Subway’s 15-year spokesperson actions the thought, do you think this will keep people from going to Subway?  The negative news may put a bad taste in people’s mouths, or people will soon forget about “Jared” and continue to “eat fresh” at Subway. Who could the next Subway spokesperson be? Hopefully, they do an extensive background check!

(H/T) JARED FOGLE SENTENCED TO 15 PLUS YEARS IN PRISON