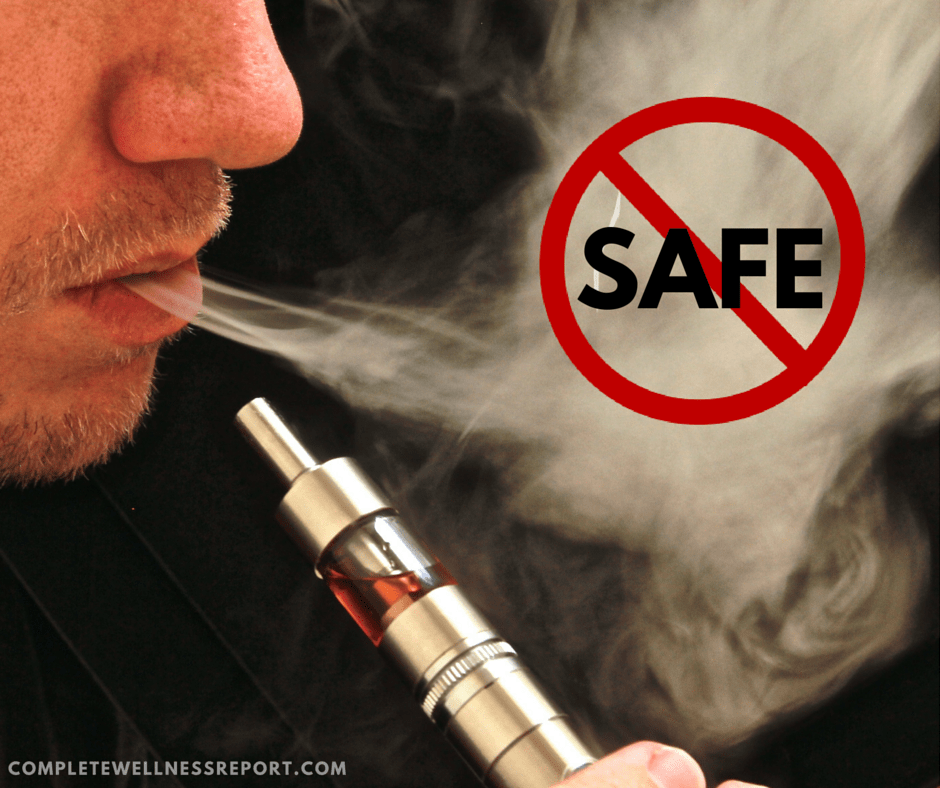 A recent peer-reviewed study published by Plos One showed that when e-cigarette vapor enters the lungs it produces a response in lung tissue that includes toxicity & oxidative stress including lung inflammation — both of which lead to Chronic Airway Disease. The lung irritation occurred with vapor produced in conjunction with e-liquids and e-juices. While nicotine has remained the focus of both regular cigarettes and e-cigarettes, this study indicates additional health concerns.

What is Oxidative Stress?

In the lung, there are specialized cells designed to accept oxygen while releasing carbon dioxide. When vapor from an e-cigarette enters the lung, it carries with it more than just air. Oxidative stress is a battle of sorts that takes place when e-cigarette vapor meets the lung tissue; that battle occurs when our body detects a toxin. In the case of e-cigarette vapor, the toxin is in aerosol format — vapor.

It is the job of the lungs to help detoxify chemicals that enter the body when we inhale. This detoxification takes place on a cellular level, so it is not as obvious unless the reaction is severe. The process leads to an increased risk of chronic airway disease over time.

The e-cigarette vapor is what we refer to as free radicals. The lungs use antioxidants to try to neutralize those free radicals making them non-toxic, and that is when oxidative stress occurs.

Oxidative stress occurs when the body struggles to remove the harmful or toxic effects of those toxins. In short, your body cannot overcome the toxins in e-cigarette vapor (free radicals).

The results of this study show both in human lung cells and mouse lung tissues that lung cells become inflamed as the body attempts to detox the vapors. Inflammation causes the lung function to decrease so that there is less exchange of gasses. 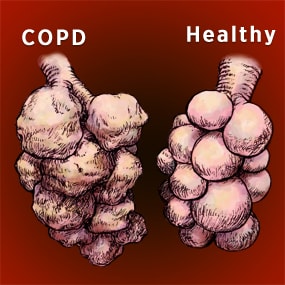 In short, the study showed that using e-cigarettes with e-fluid or e-juices caused a reaction in lung cells that is known to be the beginning of Chronic Airway Disease or COPD.

COPD is a disease that has no cure. It results in the destruction of the cilia (hair-like cells in the lungs) and the alveoli (air sacks), which leads to decreased absorption of oxygen and a buildup of carbon dioxide. People who suffer from COPD need portable oxygen, have a lowered mobility rate, and often feel as though they cannot breathe.

What The Study Says:

How Social Uses of E-Cigarette Devices Can Increase Toxin Levels

Of note, the study looked at the social use of the e-cigarette units. They discuss the rise in toxins when a process called “dripping” occurs. This is when a refillable chamber — the tank where the e-liquid or e-nectar sits — was used the volume of toxins also rose. That fact points to several issues. First, it is clear there is a difference between brands, type, and use that contribute to variations in the outcomes.

The study also indicated that while there was an increase in free radicals, they were lower than traditional smoke from a cigarette. However, lower does not necessarily mean safer as the presence of toxins remains.

E-Cigarette use is increasing as more people turn to the smokeless option of smoking. There are a variety of reasons why people choose to use a vapor version of cigarettes — decrease in odor, ease of use, multiple flavors, etc. The study approaches its lessons from the point of view that people who use e-cigarettes may not understand the dangers that these devices pose. 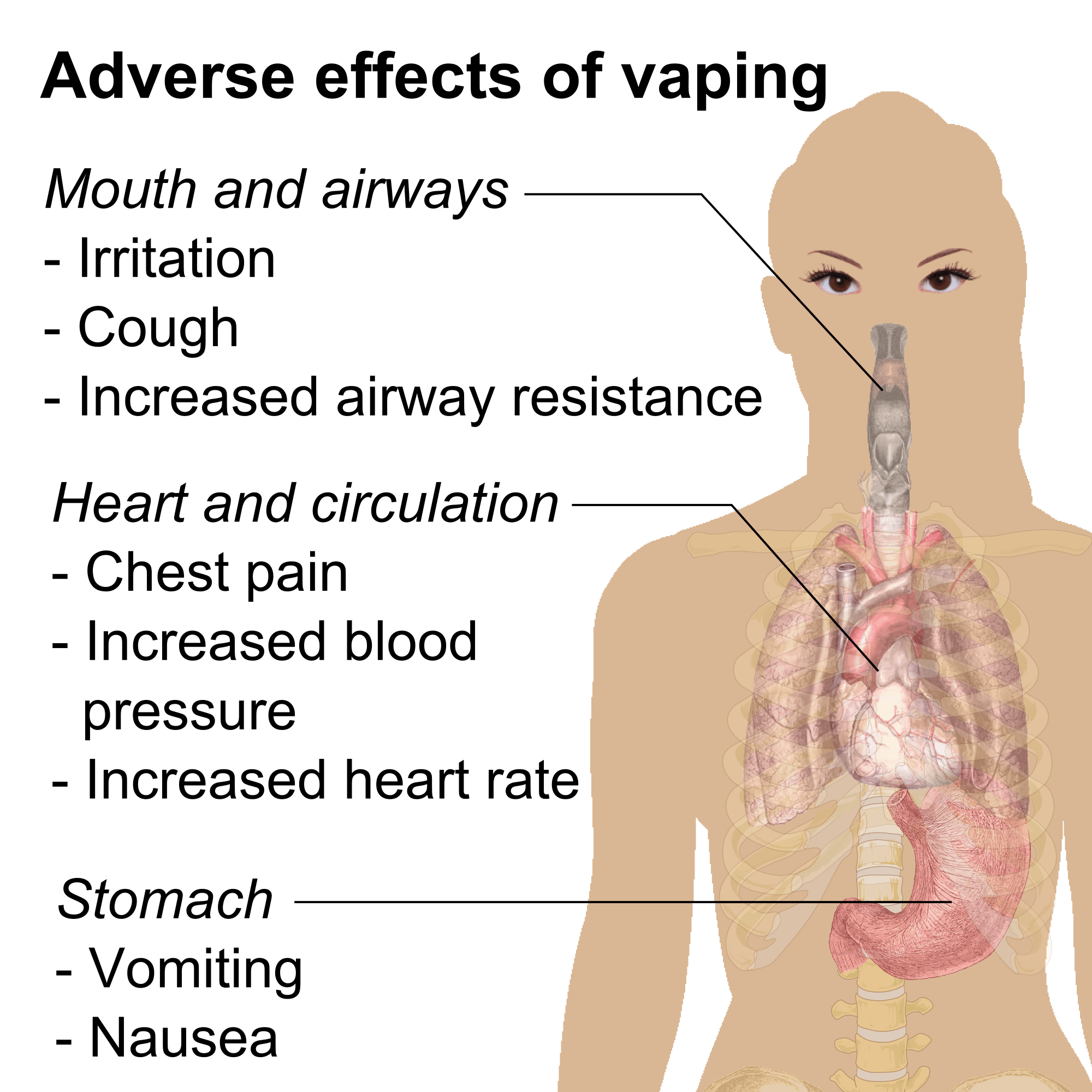 Are e-Cigarettes Safer than Traditional Cigarettes?

The traditional argument against smoking is that smoke from cigarettes carries with it toxins such as tar. While that is true, e-cigarettes, which do not produce smoke, are supposed to be a safer way to enjoy nicotine products. The problem is not whether e-cigs are safer than smoking, but whether or not they are safe. As far back as 2009, the FDA detected carcinogens in e-cigarette cartridges [1.]

Do e-Cigarettes Negate the Addictive Properties of Nicotine?

The switch from cigarettes to e-cigarettes does not defuse the impact or addictive properties of nicotine [1.] They do remove the risk of tar build up in lung tissue, but they replace the dangers with other toxins and pose health risks as a source of the second-hand smoke [2.]

Does Misuse of an e-Cigs Increase Risk of Lung Damage?

What is clear is that using an e-cigarette device causes lung damage in the form of oxidative stress and inflammatory response. While the amount of toxins produced may be significantly lower than traditional smoking, the effects are still high enough to cause cellular damage. Also important is how the device usage can increase the amount of toxins that enter the lungs. This suggests that the manufacturer and brand play a role in the level of danger that e-cigarette provide.

Overall, the study clearly showed that using e-cigarettes results in lung toxicity in such a way as to change the lung cells in a negative way that may lead to Chronic Airway Disease. It also showed that e-cigarettes are safer than smoking regular cigarettes, but that the danger of lung damage remains viable.

Watch this video to further understand the differences between smoking and vaping:

Reader – Did you think e-Cigs were completely safe before reading these study results?