Encouraging your kids to eat their broccoli may be more important than ever. Researchers have long known that higher cruciferous vegetable intake decreases the risk of cancer and other diseases. Now, new research demonstrates the pathway by which a particular component of broccoli called sulforaphane targets cancer-fighting cellular pathways. 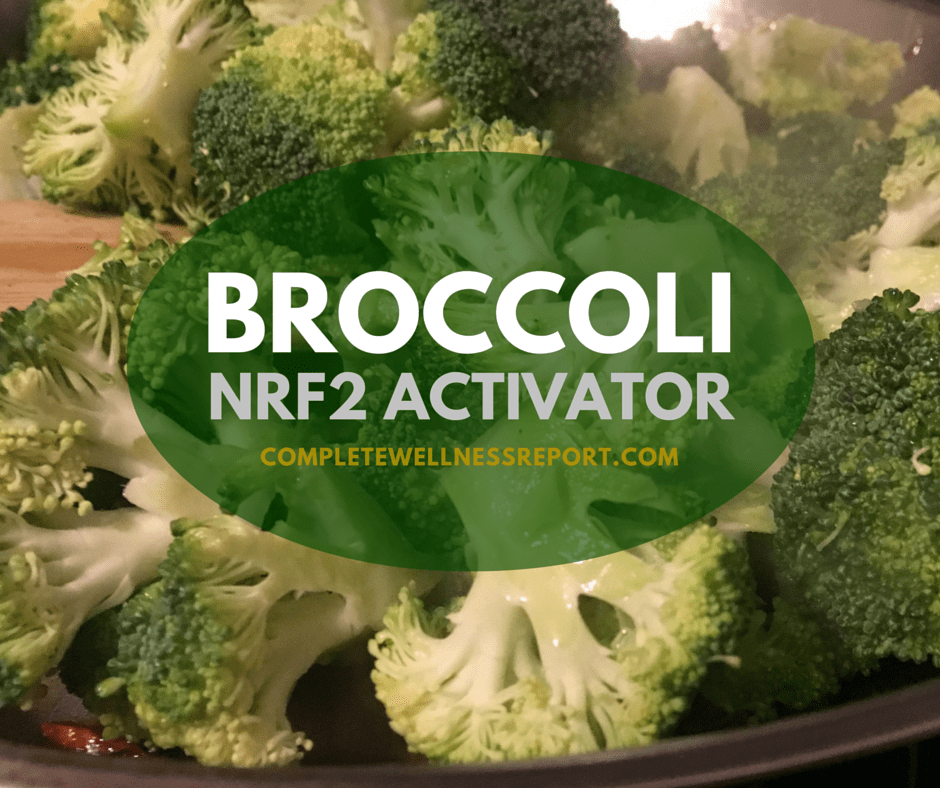 Sulforaphane is a naturally occurring compound in the organosulfur family. The most common dietary sources of sulforaphane are cruciferous vegetables, such as broccoli, cabbages, or Brussels sprouts. However, these vegetables do not contain high levels of sulforaphane itself. Rather, they are rich in a chemical called glucoraphanin. When the cell walls of these plants break (as when a person chews the vegetable), glucoraphanin comes into contact with a particular enzyme that converts it into sulforaphane.

After being converted from glucoraphanin, sulforaphane (SFN) is available in the body to exert effects on a range of cells types. Sulforaphane has been a known regulator of cancer-fighting molecules for years. However, recent evidence from scientists at the Texas A&M Health Science Center sheds light on the ways in which the NRF2 properties of Sulforaphane could reduce the risk of colon cancer.

The research study highlighted two central cancer-suppression actions of SFN: increasing Nrf2 activity and acting as an HDAC inhibitor. Studying these effects, in turn, allows a fuller understanding of the impact of HDAC on colon cancer risk.

HDAC3 is an enzyme that regulates the expression of particular genes. HDAC enzymes are found in many types of cells, namely cells in the colon, and they are of particular importance for cancer development. In wild-type (WT) animals, HDAC enzymes turn on cancer cells, causing them to proliferate unfettered. Therefore, theoretically decreasing the levels of HDAC compounds may inhibit the development of cancer.

The researchers at Texas A&M looked at mouse HDAC activity after the animals were treated with sulforaphane. They found that sulforaphane reduced HDAC3 protein expression and lowered the activity of this cancer-causing molecule. Lower HDAC3 expression was associated with lower colon cancer growth.

The second pathway targeted by researchers was the Nrf2 pathway, which is a critical component in the body’s fight against oxidative damage. Typical reactions between oxygen and energy molecules within a cell can have a harmful byproduct: reactive oxygen species (ROS). The ROS molecules are unstable, meaning that they trigger a chain reaction that destabilizes other molecules and components they contact. The cumulative result of these ROS compounds is known as oxidative stress, and we all struggle with it and it is a large part of why we age. This type of damage has been previously linked to an increased cancer risk, including the incidence of colon cancer.

Nrf2 is a transcription factor, meaning that it regulates the expression of certain individual genes. In particular, Nrf2 turns on the expression of more than 600+ genes with antioxidant effects. This makes NRF2 one of the most potent cellular factors in reversing the effects of oxidative damage known.

The research study is the first to link the activity of the antioxidant-regulating Nrf2 genes with cancer-causing compound HDAC. The research study found the status of Nrf2 affected the levels of cancer-promoting HDAC molecules inside of each mouse colon tumor by affecting the regulation of the gene called P16. In particular, mice with lower Nrf2 activity had a change in their expression of cancer inhibiting gene P16. Without the beneficial influence of Nrf2, the tumor cells had a lower P16 mRNA level, which means the P16 protein was created at lower levels.

Without the tumor suppressing effects of P16 protein, cancer cells were allowed to proliferate unfettered without an appropriate counter response. Lower P16 protein expression resulted in an inability for the tumor cells to knock down damaging HDAC levels. However, levels of Nrf2 target genes were unchanged, suggesting P16 is regulated by HDAC rather than Nrf2. The result was an increase in frequency and size of mouse colon tumors.

To replicate findings in humans, researchers gave volunteers a broccoli sprout extract supplement. After one week, the participants had lower levels of cancer-promoting HDAC3 and higher levels of beneficial P16 expression. The same pattern held for individuals who ate five or more servings of cruciferous vegetables per week.

Implications of Findings for Nutrition

Taken together, these results suggest that cruciferous vegetable consumption inhibits colon tumor growth. By increasing the expression of Nrf2, sulforaphane increases the expression of tumor-suppressing P16 molecules as well as an active cellular antioxidant response. The researchers intend to continue studying the effects of sulforaphane in mice as well as effects of these compounds on human colon tumor tissue. One of the most promising aspects of this work is that the NRF2 properties of sulforaphane seem to target cancer-fighting properties in tumor cells while leaving adjacent normal tissue unharmed. This is an essential quality for an effective anti-cancer strategy.

For now, researchers believe that it is too soon to recommend sulforaphane supplementation for everyone. However, it is important to eat plenty of broccoli and other cruciferous vegetables, which boost levels of antioxidant-promoting Nrf2 and have powerful cancer-fighting effects.

Reader – What did you learn about Nrf2 and how will this change your future habits?