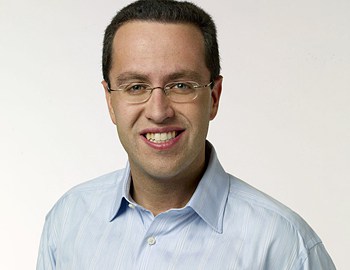 On Tuesday, federal and state authorities raided the home of famed Subway spokesperson Jared Fogle as a part of a child pornography investigation.

Fogle’s Indiana home raid is linked to the April arrest of Russell Taylor on federal child pornography charges. Taylor served as the former director of Fogle’s charity, the Jared Fogle Foundation, which was dedicated to combating childhood obesity.

Around 6:30 a.m. on Tuesday, agents were seen carrying electronics out of the Zionsville home where Fogle was also detained.

Fogle, who became a nationally recognized figure after he lost 200+ pounds while eating Subway sandwiches as a cornerstone of his diet 15 years ago, is reportedly worth $15 million.

Reader – Do you think will still “eat fresh” at Subway?