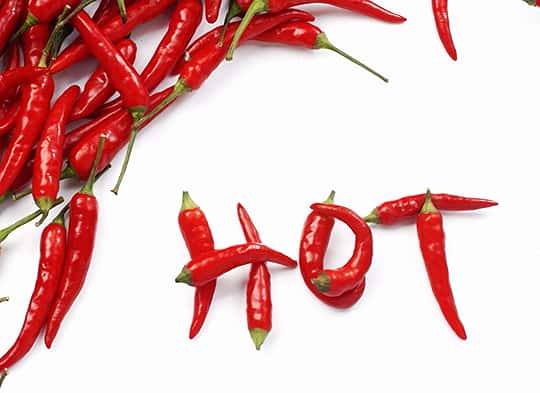 Spice up your life!

People who love eating chili peppers and spicy foods might be eating their way to a longer life, according to a new study led by the Chinese Academy of Medical Sciences published in The BMJ Journal.

As society continues to become influenced by Mexican salsa, Thai and Indian curries, etc. the worldwide consumption of hot spices has drastically grown in recent years.

Scientists may be close to determining whether or not those who enjoy the fiery feeling of hot peppers could live longer. While this recent study is still preliminary, if you like things hot, you could be benefiting your health. 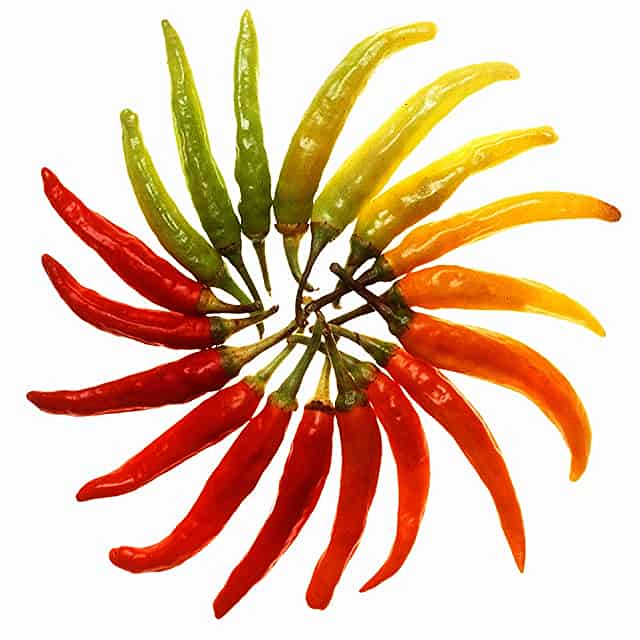 Published on Tuesday in The BMJ Journal, this new study found a link between regular consumption of spicy foods and a lower risk of death.

Compared to other epidemiological studies, this one is significant. Dietary data of nearly 500,000 people 30 to 79 years of age from China was collected. The participants, who were enrolled in 2004-2008 and followed for a mean of 7.2 years, were asked to fill out a questionnaire that included general questions about their health and diet including how often they ate spicy foods. Out of 487,375 participants, 20,224 died during the study period.

“Spices have been an integral part of culinary cultures around the world and have a long history of use for flavoring, coloring and medicinal purposes … however, the evidence relating daily consumption of spicy foods and total and disease-specific mortality from population studies is lacking,” the researchers wrote.

Not only could one live longer, peppers could more importantly improve your healthspan. The potential health benefits range from boosting metabolism and preventing gastric damage to reducing the risk of heart disease and cancer.

Lv, Qi and the other researchers suggested that capsaicin, the molecule responsible for the hot sensation in spicy foods by binding to the pain receptors in the tongue and makes them feel like they are burning, maybe the reason behind the link between chili peppers and longevity.

Capsaicin, a natural thermogenic, has previously been suggested to have anti-obesity, anti-oxidant, anti-inflammation and anti-cancer properties.

They also noted that spices have been shown to have an anti-microbial function that may impact the bacteria that live in your gut in such a way that it helps increase longevity.

“We need more evidence, especially from clinical trials, to further verify these findings,” said a co-author, Dr. Lu Qi, an associate professor of nutrition at the Harvard T.H. Chan School of Public Health, “and we are looking forward to seeing data from other populations.”

The authors emphasize that this is an observational study so no definitive cause and effect relationship can be drawn, but they call for more research that could potentially “lead to updated dietary recommendations and development of functional foods.”

Although this study linking hot foods with longevity is not 100%, the debate and interest in the research community is heating up!

Watch and learn WHY “hot” foods make us cry, sweat, and create a painful fire in our mouth!  Learn the answers to your “sizzling” questions and see why drinking milk helps calm the pain and learn how it works here:

Reader – Do you eat spicy foods?  What do you think about this study?