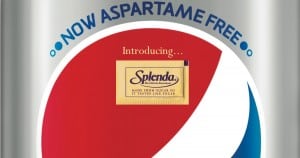 PepsiCo has recently removed aspartame in Diet Pepsi and substituted with the biggest artificial sweetener on the market, sucralose. Without clear evidence, the reason for this change is hard to pinpoint, however, experts believe that PepsiCo made this change because of their devastating decline in sales over the past few years. According to PepsiCo, it is a strategic step to get rid of its controversial artificial sweetener – aspartame.

Sparked by the scores of studies that have linked aspartame to an increased risk of cancer, premature births, and allergies, PepsiCo was motivated to remove this controversial ingredient.

“The fact that Diet Pepsi will be specifically marketed as ‘aspartame free’ is a blunt acknowledgment that consumers have soured on aspartame and the new cans should increase consumer awareness even further and spur other food and beverage companies to abandon it, including Diet Coke.” – Michael F. Jacobson, executive director at the Center for Science in the Public Interest, a Washington, D.C.-based think tank 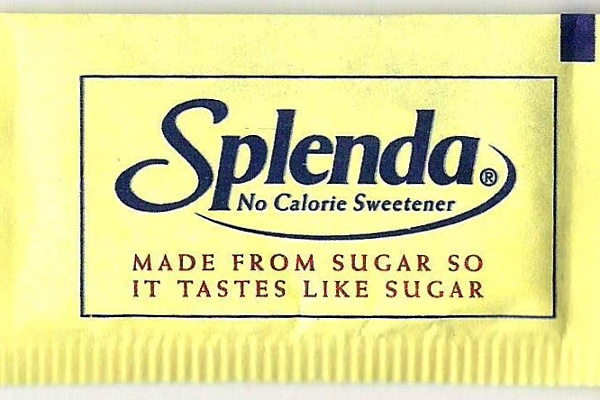 Sucralose, better known as Splenda, has already made enough news in the media for raising serious health concerns. Sucralose is a calorie-free, artificial additive and studies have revealed that it can enlarge the liver and kidneys, reduce growth rate, atrophy lymph follicles, and may cause up to 40% shrinkage of the thymus gland. Studies suggest that it can even change your body’s insulin response and blood sugar levels. Professor Susan Schuffman from North Carolina State University found that sucralose can significantly reduce beneficial microbes count in your gut by almost 50%.

Will Sucralose Go Sweet, or Sour?

Although this recipe change may be what consumers “want” but will this move be enough to salvage the brand?

According to the industry experts, Diet Pepsi sales and other sugary drinks have been falling consistently as health awareness is on the rise. Last year, sales of diet soda overall dropped 5.9%, with Diet Pepsi taking a 6.6% plunge in sales.

Not to our surprise, there has been a lot of social media activity from consumers sharing their disapproval and concern. In response to many of the frustrated customers, PepsiCo has announced that it may replace sucralose with another artificial sweetener that has less baggage. We shall see how this plays out…

Next time you go to the grocery store or walk into a gas station, you might see some in-store sampling and discounted prices as PepsiCo continues to move forward with their launch of aspartame-free Diet Pepsi.

Reader – What do you think about PepsiCo’s new “Splenda” drink?  Will you drink it, have you tried it?

(H/T) Is Diet Pepsi with sucralose healthier than aspartame?