Scientists at the Medical College of Georgia at Georgia Regents University released this week that the same receptor that’s targeted for treating neurodegenerative diseases also appears to play a pivotal role in supporting the retina.

Let’s break this down. The receptor these scientists are discussing is called sigma 1. Our eye retina is maintained by organisms called Müller cells, which are major support cells in the retina, helping stabilize its complex, multi-layer structure by eliminating debris while continuing the function and metabolism of its neurons and blood vessels.

If this support system begins to decline, the well-organized layers of retinal cells begin to disintegrate and vision is lost to diseases such as retinitis pigmentosa, diabetic retinopathy, and glaucoma, said Dr. Sylvia Smith, retinal cell biologist and Chairwoman of the Department of Cellular Biology and Anatomy at the Medical College of Georgia at Georgia Regents University. 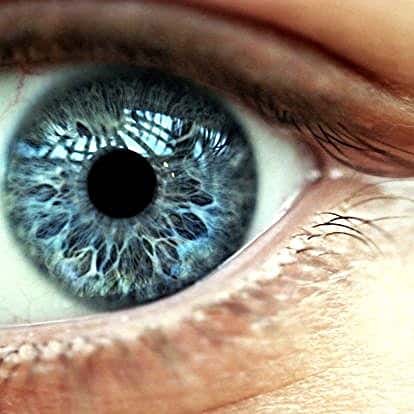 Increased oxidative stress and ROS levels can gradually develop scar tissue that hinders our vision. Other health issues such as diabetes increase ROS levels, thus could be contributing to additional health issues.

This knowledge of how the sigma 1 receptor is critical in maintaining oxidative stress leads to the possibility of treating progressive and blinding retinal diseases. Furthermore, it also has implications for other major diseases, such as cardiovascular disease and cancer, as well as neurodegenerative diseases where oxidative stress is a major contributing factor.

The scientists were most surprised when they removed sigma 1 receptor from Müller cells. When they eliminated this receptor, the cells significantly increased levels of reactive oxygen species (ROS), thus indicating the receptor’s direct role in the oxidative stress response, Dr. Smith said. ROS are not good for our cells. The scientists originally thought they would have to introduce an oxidative stressor to increase ROS levels, but this finding shows how connected this receptor is with our cells.

How are ROS Molecules Produced?

ROS are molecules produced through normal body function such as breathing and cells using energy. The body needs a limited amount of ROS to carry out additional functions, such as cell signaling. Problems, from eye disease to cancer, result when the body’s natural system for eliminating excess ROS can’t keep up and ROS start to do harm, such as cell destruction.

The Importance of NRF2

The genes that make natural antioxidant enzymes that combat oxidative stress, contain antioxidant response elements (ARE). In order to release ARE, a protein within the cytoplasm called NRF2 gets activated.

NRF2 is considered one of the most important regulators of the expression of antioxidant molecules.

“When you have oxidative stress, you want this,” Smith said of the stress response, which works the same throughout the body.

The study is believed to provide the first evidence of the direct impact of the sigma 1 receptor on the levels of NRF2 and KEAP1 that release antioxidant genes, the researchers wrote.

Next actions will focus on clarifying whether it’s actually preservation or regeneration of the essential cell layers and how long the effect lasts.

“We do see some retention of function, that is clear and that I am very excited about,” Smith said.

Reader – Who do you know that would benefit from this eye-opening research?