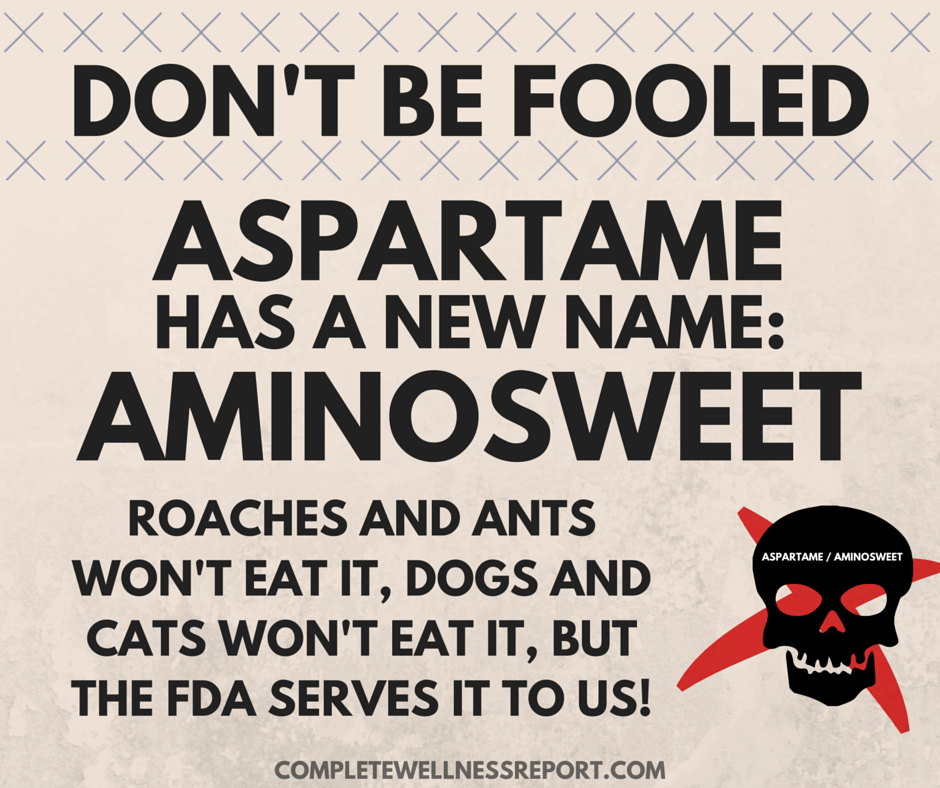 Do Not Be Fooled, Be Educated

Most everyone has heard about the dangerous sweetener, aspartame, and understands how it slowly destroys the body. So what did they do?  Disguised this poison sweetener with a new name:  AminoSweet.

Don’t be food and watch for this ingredient on labels!

FDA Playing Along, Not Protecting Us

Even though this poisonous sweetener has clearly been shown to cause harm to human health for the past three decades, FDA is eager to rename it instead of ban it. Interestingly, in the past this poison has been actively pushed on the U.S. consumers by Mr. Rumsfeld, who went on to become George W. Bush’s secretary of Defense.

In comparison, Congress mandates any product that has the artificial sweetener saccharin to include a label that reads “the use of saccharin may be hazardous to your health.” Why are they deciding to rename aspartame instead of fess-up to its harmful health effects? Well, aspartame is well rooted and is backed by politicians and agenda-pushers. Besides, Aspartame is also chemically addictive to the body and damages the body just like any other drug. That’s the reason people crave for foods with Aspartame, and that’s one reason companies like to use the ingredient.

Aspartame is one of the dangerous artificial sweeteners commonly found in food and beverages we consume daily, ranging from soft drinks to chewing gum to breakfast cereal. Since 1980, aspartame has raised concern and controversy. This fake sugar substitute is manufactured using genetically modified bacteria and is an excitotoxin that destroys the brain and body. Scores of studies have linked aspartame to an increased risk of cancer, blindness, brain tumors, premature births, and allergies. Companies like PepsiCo are removing aspartame and marketing it as “aspartame free.” However, if the truth were to be known, consumers in all likelihood would despise this toxic sweetener. 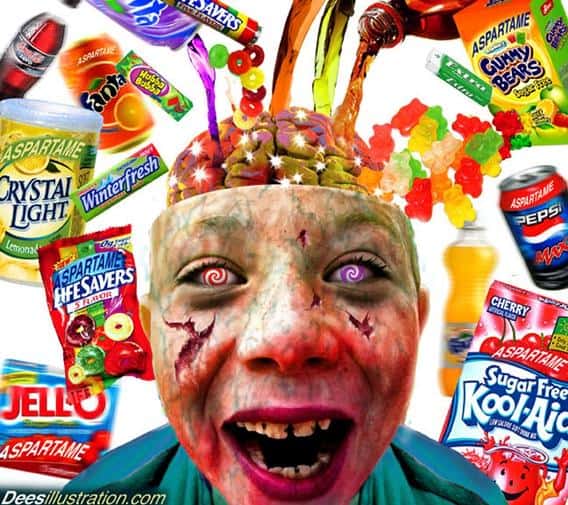 Aspartame/AminoSweet are linked to the following symptoms and diseases:

With over 6,000 foods on the market containing Aspartame, stay vigilant, and avoid the additive sweetener at all costs. One can easily do this by avoiding any food or drink that is labeled as “diet” or “sugar-free.”

The choice to hide this harmful toxin with a new name is mindblowing and makes one think why are they contributing to people’s bad health?  Maybe it has to do with the medical industry needing more sick patients?

Reader – Why do you think aspartame is getting special treatment with a new name instead of being banned?

(H/T) Aspartame Being Re-Branded as AminoSweet