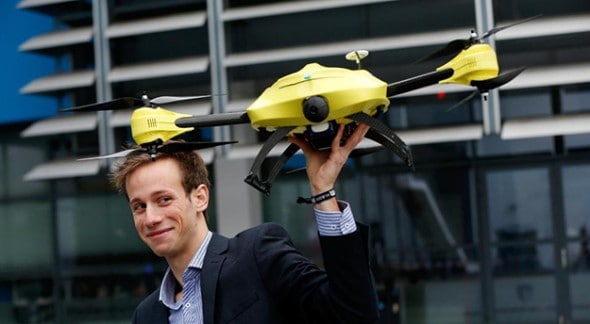 Can Drones Be Good?

Despite drones bad reputation, Alec Momont is shedding a positive light on unmanned aerial vehicle (UAV) while potentially improving global health. Before graduating from the Delft University of Technology in the Netherlands, 23-year-old Alec Momont completed his Senior project and is quickly gaining global awareness for his “Ambulance-Drone.”

In addition to getting a final grade, Momont was also driven by the loss of his parents’ close friend who died from cardiac arrest after an ambulance failed to arrive on time. Momont thought to himself of the possibility of drones quickly delivering emergency supplies. His idea sparked his technological passion, and he saw an opportunity to save lives by responding quicker to emergencies. Momont collaborated with Living Tomorrow, an organization that is known for taking on innovation projects. 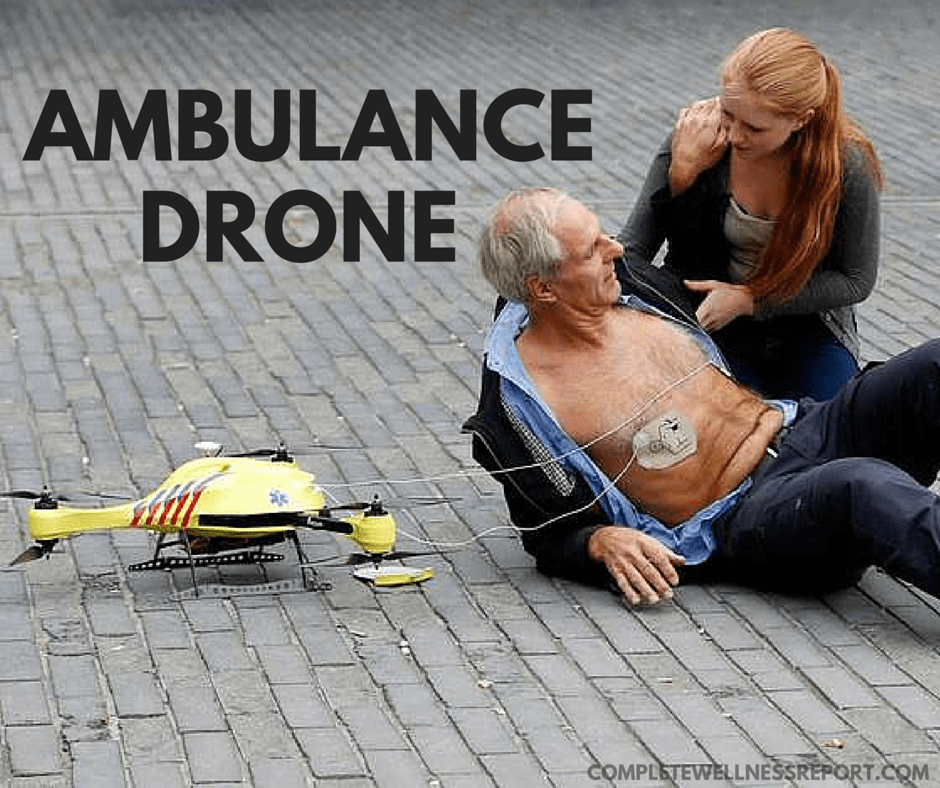 Through several brainstorming sessions and interviews, Momont convened drone experts, medical staff and various professionals who concluded the value of drones is their speed of deployment, accuracy, and automated flight.

This first medical drone focuses on the most immediate health emergency: delivering an automated external defibrillator. With these life-saving supplies delivered in less than one minute (compared to the average ambulance time of 10 minutes in Netherlands), it is projected to increase survival rates by 10%.

The Ambulance-Drone can travel up to 62 mph that delivers emergency supplies to any location within minutes. Momont’s drone currently weighs 8.8lbs and includes a separate battery for the defibrillator which is capable of delivering up to 50 shocks. His creation is impressively engineered to transform into a compact flying toolbox equipped with advanced life support supplies. The drone also includes a camera so the emergency technician watching from afar can offer personalized advice.

Momont thinks using drones to deliver defibrillators could be just a scratch on the surface of the potential of the technology to improve emergency responses. He has also envisioned a heat sensor on a drone to locate skiers buried in avalanches, which could be his next drone project.

The Ambulance-Drone project is still in development and has yet to pass many competency tests, but Momont’s invention could be launched in five years for about $20,000 each. Drones are still not allowed to fly autonomously, but eventually we will most likely see these robots flying around one day, dropping first aid – and possibly other supplies – when needed.

Despite the life-saving benefits, some citizens are still against drones for their loud noise, sky trafficking, security, the risk of defects and falling from the sky, and other potential issues. In addition to the societal push-backs, the implementation of ambulance-drones dispersed throughout a city will be extremely expensive.

Those working in the medical field may feel threatened. However, these emergency drones will only be aiding in a faster response time. The ambulance driver and team will still come to handle the situation and take the patient to the hospital.

Do you like the idea of “Ambulance-Drones” perched to respond quickly to any medical emergencies?  How do you feel about this possible advancement, what if it was you who had a heart-attack?

Take a moment to watch an example of how Ambulance-Drones will work during an emergency:

Reader – Are you for or against Ambulance-Drones?

(H/T) This Dutch student is building an ambulance drone