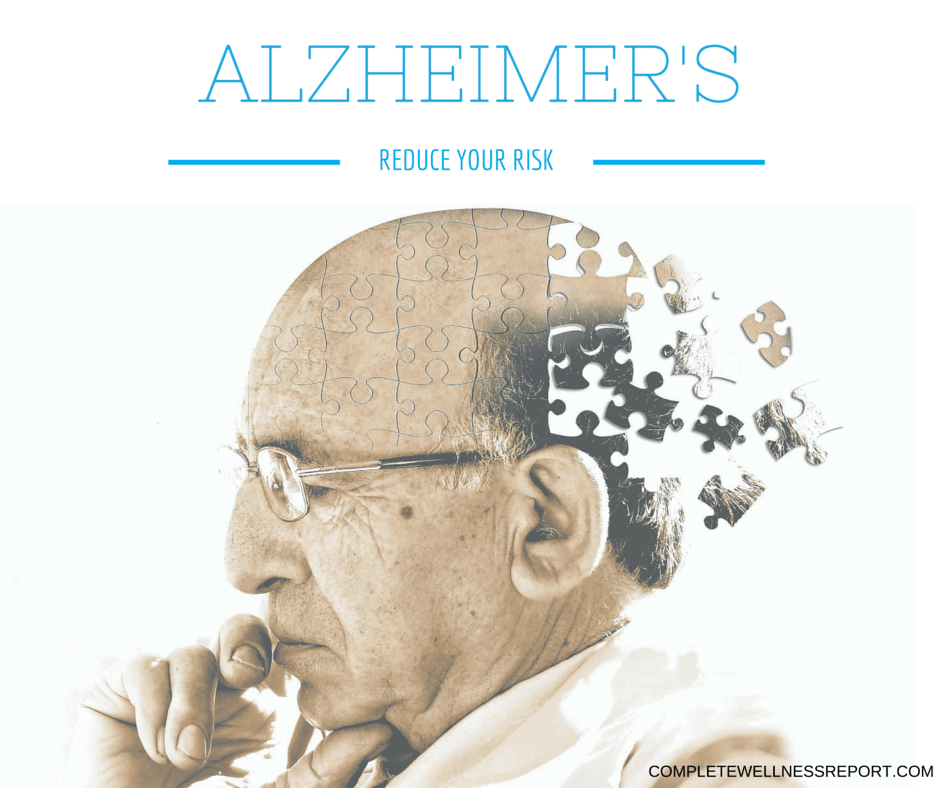 The Alzheimer’s Epidemic Is Exploding!

This year in 2015, an estimated 5.3 million Americans of all ages have Alzheimer’s disease, with 44 million people having some dementia. This devastating number of people means 1 in 9 people, or an estimated 5.1 million citizens 65 and older, currently have Alzheimer’s Disease. On the more youthful side, approximately 200,000 individuals under age 65 have younger-onset Alzheimer’s. These shocking statistics were published this year by the U.S. Alzheimer’s Association. With Baby Boomers aging, our lack of preventative awareness, and the effects of our unhealthy Western diet, this number is projected to increase substantially.

What Is Alzheimer’s Again?

Alzheimer’s disease is a degenerative brain disease and is the most common form of dementia. Characterized by a decline in memory, language, problem-solving and other cognitive skills, this neurological disease eventually affects a person’s ability to perform everyday activities like walking and swallowing. Memory weakens because nerve cells (neurons) in certain areas of the brain are damaged. Thus, normal function is inhibited. People in the final stages of the disease are bed-ridden and require 24/7 care and ultimately Alzheimer’s results in death.

Many people believe genetics is to blame for Alzheimer’s. However, less than 5 percent of Alzheimer’s carriers will ever develop an Alzheimer’s diagnosis as a result of their genetic predisposition. So why is there so many people getting the dastardly disease? Scientists believe that for the majority of Alzheimer’s patients, the development of this neurological disease results from a combination of genetic, lifestyle, and environmental factors that cause cellular damage, a.k.a. oxidative stress in the brain. Oxidative stress is essentially an imbalance between the free radical damage and antioxidant levels. The body’s ability to neutralize free radicals with natural antioxidants reduces over time and creates an imbalance resulting in oxidative stress.

One of the most experienced free-radical researchers, the Japanese biochemist Yukie Niwa, estimates that at least 85% of chronic and degenerative diseases result from oxidative damage.

Much of the research performed over the past decade has shown multiple lines of evidence demonstrating that oxidative stress and free radical damage are linked to the causes of Alzheimer’s disease.

So you may be asking yourself, “how do I reduce my oxidative stress?”

Unfortunately, over time cells become damaged and lazy to where they do not produce as many antioxidant enzymes as when the body was young. Exercising and eating healthy are critical are critical components toward the goal of achieving optimal brain health. However, research has shown that just loading your diet with antioxidant-rich foods is not good enough when trying actually to reduce net oxidative stress.

“So if you can’t eat enough oranges to reduce oxidative stress, what do you do?”

Simply put, one antioxidant can eliminates one toxic free radical, whereas 1 antioxidant enzyme (i.e. Superoxide Dismutase SOD, glutathione, catalase, etc.) can remove up to 1 million free radicals per second, without being consumed, thus reducing oxidative stress and restoring the balance between free radicals and your body’s ability to handle them.

A natural cellular activator can reduce oxidative stress by 40% on average within 30 days, according to this study entitled: The induction of human superoxide dismutase and catalase in vivo: a fundamentally new approach to antioxidant therapy.

The proprietary composition of 5 herbs synergistically activates the Nrf2 pathway; its job is to activate the body’s natural and essential antioxidant enzymes that eliminate millions of free radicals per second. This innovative science may be a way to improve one’s quality of life by offering additional cognitive support.

Moreover, many of the same lifestyle factors associated with cardiovascular disease can also increase the risk of Alzheimer’s. These include smoking, obesity, diabetes, high blood pressure and high cholesterol. As you can probably conclude, to further reduce your risk of getting Alzheimer’s in your lifetime, do not smoke, eat healthy, stay mentally and physically active, have regular health checks as you get older and do everything you can to reduce oxidative stress.

A stunning new report was recently published in the Journal of the American Medical Association (JAMA), revealing an incredible over usage of medications that are useless in nursing home residents with advanced dementia. Alzheimer’s prescription drug side effects include fainting, cardiac rhythm disturbances, urinary retention, and hip fractures. However, the question remains:  Are these medications improving their lifestyle or making their lives worse?

With questioning benefits and high prescription costs, it makes one wonder if these drugs are helping, or just a way for pharmaceuticals to make money.

Does Someone You Love Have Alzheimer’s?

Be aware of the symptoms included in the infographic below so one can begin taking preventative measures, like reducing their oxidative stress. 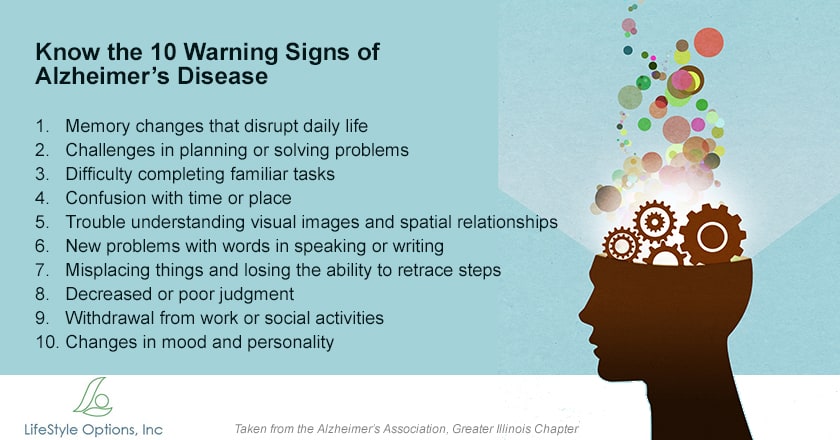 Reader – What preventative measures will you make to reduce your risk of developing Alzheimer’s Disease?

Note: This information has not been evaluated by the FDA. This is for informational purposes ONLY. It is not intended to prevent, diagnose or treat any personal medical condition conditions. Please consult your physician.

(H/T) Why We Need to Focus on Alzheimer’s Prevention

(H/T) An excerpt from the medical textbook Contemporary Ayurveda

(H/T) The induction of human superoxide dismutase and catalase