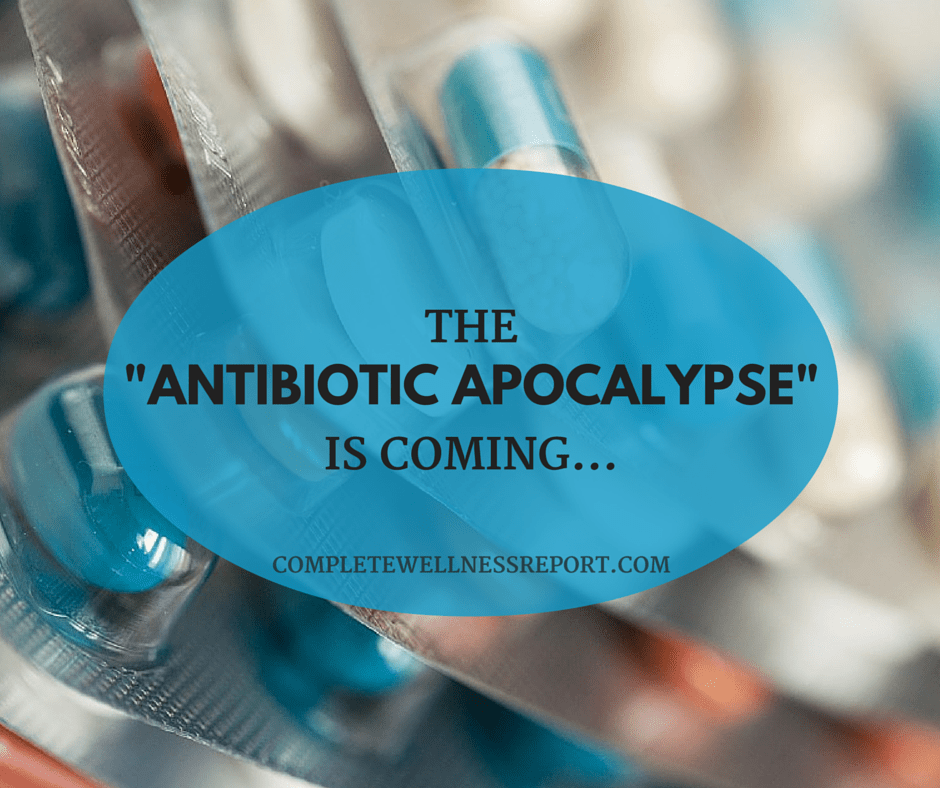 What if antibiotics didn’t work anymore?

This time of year, our bodies acclimate from the warm temperatures to the chilling winter winds, which often results in a seasonal infection like a sore throat, fever, running nose etc. When all else fails to overcome the sickness, we desperately get an antibiotic prescribed for quick relief. But what if antibiotics no longer worked? What would you do then? This is not the case right now, scientists are saying we are on the cusp of a “post-antibiotic era.”

What if you woke up one morning with a sore throat and heavy head to realize that antibiotics no longer work? This would be a horror story for many, and it’s not far off.

Scientists have discovered “superbugs,” a strain of bacteria that is resistant to antibiotics. Welcome to the post-antibiotic era…

The Antibiotic Apocalypse Is Coming…

Scientists have recently identified bacteria in patients and livestock in China that even antibiotics fail to tame. The biggest fear is that in the coming years a bacteria could spread throughout the world and could give citizens a variety of untreatable infections.

Experts speculate that the antibiotic resistance might have emerged after colistin, a polymyxin antibiotic, was overused in the animal farms. The day when bacteria is resistant to treatments, medicine will be pushed back into the Dark Age or into the age of the “antibiotic apocalypse.” Without effective antibiotics, what would happen during surgeries or with cancer therapies that completely rely on antibiotics?

Scientists in China identified a new mutation called the MCR-1 gene. The gene was found to prevent colistin from killing bacteria. The report published in the Lancet Infectious Disease showed resistance in about a fifth of the animals, 15% of the meat samples, and as many as 16 patients.

This ability of resistance is found to have spread into a range of bacterial strains and species such as E.coli, Pseudomonas aeruginosa and Klebsiella pneumonia. Experts have already expressed their concerns over the possibility that it has spread to Laos and Malaysia.

In an interview with BBC, Prof Timothy Walsh from the University of Cardiff stated that if MCR-1 spreads globally, genes will align itself with other antibiotic resistant genes. If this happens (which already has), the time is close when the world has reached the era of post-antibiotic.

Prof Wilcox told the BBC News website: “Do I fear we’ll get to an untreatable organism situation? Ultimately yes. Whether that happens this year, or next year, or the year after, it’s very hard to say.”

Take a moment to watch the BBC news report regarding this the antibiotic apocalypse facing our planet:

Reader – What are your thoughts on the “antibiotic apocalypse” and how will this affect your life?