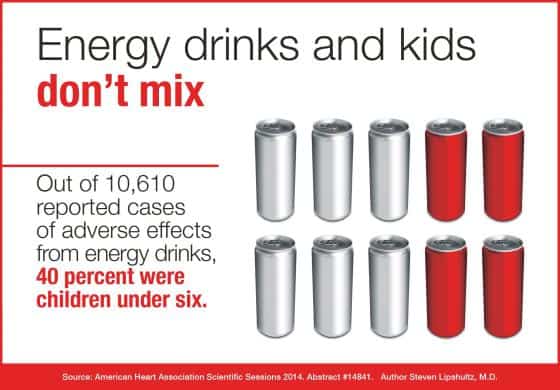 Are Your Energy Drinks Causing Heart Problems, Delusion, or ADHD In Your Child?

According to Reuters, a new study by pediatricians in the U.S. warns that energy drinks may cause kidney damage, seizures or even death in children. Between 2005 and 2009, emergency room visits increased ten times reaching 13,114 involving energy drinks. Almost half of the patients were in the age group of 18 to 25 years.

A recent study conducted by the Yale School of Public Health found energy drinks to be a contributing factor for ADHD symptoms in children in several cases. The study surveyed 1,649 randomly selected middle school students in the average age of 12.4 years.

Recently NaturalNews published a study that described how energy drinks, most of which are pushed by high-profile athletes, sports companies, and mainstream media, are not only bad for you, they are in fact downright dangerous for you. According to The New York Times, the FDA (Food and Drug Administration) has received 13 reports of death caused by drinking energy drinks in the last four years. In fact, since 2009 the FDA has witnessed 90 filings wherein 30 of the cases involved serious, life-threatening problems like heart attack, convulsions, and at least one case of spontaneous abortion. 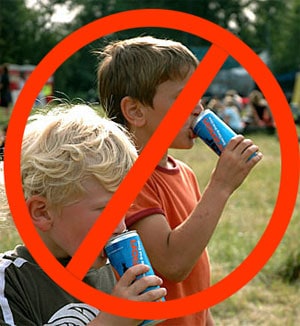 According to the FDA, they don’t have any conclusive scientific evidence to help them regulate caffeine any more than what they already stipulate. FDA officials say the issue is more complicated since some high-caffeine drinks like Red Bull are already being sold under FDA rules. While on the other hand, energy drinks like 5-Hour Energy and Monster Energy are marketed as dietary supplements.

According to Dr. Holly Benjamin of the American Academy of Pediatrics, children don’t need energy drinks. They contain caffeine and other stimulant substances that are not nutritional. Children are more vulnerable to the contents of energy drinks when compared to adults. Drinking them on a regular basis will stress out the body, which is not a good thing for growing child. Dr. Benjamin said she recently saw a case of a 15-year-old child with ADHD who was hospitalized because he was suffering from a seizure after drinking two bottles of Mountain Dew, a popular soft drink containing caffeine.

Sales of non-alcoholic energy drinks are a $9 billion business in the United States. Unfortunately, it is estimated that kids and teens account for almost half of those sales. Manufacturers of energy drinks claim that the drink is helpful in enhancing both mental and physical performance. However, such claims have been downplayed for long by the medical community for their caffeine content and other serious health related complications.

Reader – Do you let your children drink energy drinks?  Who do you know that needs to read this information?

Next Read: Energy Drinks: Crash Into Reality Before You’re Too Late

(H/T) Monster energy drinks possibly the cause of five deaths

(H/T) Pediatricians warn about seizures from energy drinks, but not vaccines